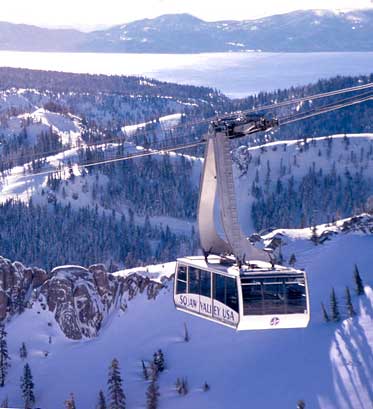 Howdy ho! We are flying along in the heavenly slopes of the high Sierra. Squaw Valley was home to the 19XX Olympics. Squaw Valley California was named 'Olympic Valley' for the VIII Winter Olympic Games, held in 1960. These were the first Olympic Games held in the Western United States and the first to be televised. The Olympic Village Inn was built to house these athletes. The resort is situated next door to Lake Tahoe & where outdoor recreation abounds. Remember to use this lake region responsibly & please help Keep Tahoe Blue